Things To Do in Stockholm 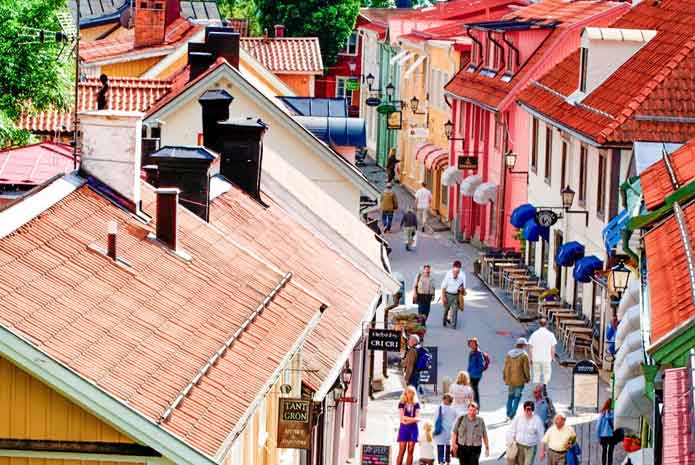 Stockholm has more than thirty thousand islands. The most popular among them are Gallano, Sandhamn, Svartso, Moja, Finnhamn and Vaxholm. For the nature lovers, the island of Vaxholm is the most beautiful and developed with some striking scenery. Vaxholm is located in the heart of Stockholm archipelago, which has made it a hub for boat and cruise travel. The main sea route into Stockholm also passes through Vaxholm. The main attractions are fortress, house of museum and boats from Vaxholm which takes across the narrow channel. The cruise is passing through handsome waterfronts, national museum, lush green islands and Vaxhohlm fortress.

Sigtuna is the oldest and one of the important towns in  Sweden famous as royal and commercial centre. The beautiful restaurants, shops, cafe, churches and old main street build with wooden houses in the Sigtuna town are main attractions for the tourists to visit. All year around, the town gives a different perspective and charming in its own unique way. The streets and lanes are visited by the people all around world enjoying shopping, history, culture and fine dining of this town.

Gamla Stan is one of the oldest, biggest and best safeguarded medieval downtown areas in Europe, and one of the premier attractions in Stockholm, established in 1252.Gamla Stan is a place full of attractive sight seen and also popular for its churches, restaurants, cafes, handicrafts, museum and shopping. If you just take walk on the street surrounded by beautiful colorful buildings, you feel like just enter into some fairy story book. The Royal Palace in Gamla Stan is one of the largest palaces in the world and a major point of attraction.

Vasa museum is a maritime museum opened in 1990 and one of the most visited places in Scandinavia with more than 1 million visitors a year. The ship Vasa is the only 17th century ship preserved in Vasa Museum and a special craftsmanship treasure. Around ninety five percent of the ship is crafted with lots of carved sculptures. There are ten exhibitions explaining the life on board the ship. There are stores for shopping and an excellent restaurant serving the delicious food. The museum does not provide only exhibition of the ship and its history, but has a great interactive section, historical maps and stories being played on various media sets in a separate large room.

Stockholm City Hall, with its 106 meter tall tower including the brilliant three crowns, is a standout among the most celebrated outlines in Stockholm. It is built from 8 million bricks and famous for its national romanticism in architectural. The City hall includes session and offices for politicians with splendid rooms and unique work of Art. From top of the hall you can also enjoy the fantastic view of the city. At the Nobel Museum gives you all the necessary information about the Nobel Price winners since 1901 and there is also a short depiction about their work.

Drottningholm Palace is the Sweden’s best royal palace built in 17th century, the residence of the royal family and among top three Stockholm’s World Heritage Sites. Apart from the royal residence, the palace is the popular tourist destination featuring beautiful parks, gardens, magnificent salons, palace theatre and a Chinese pavilion for visitors. During the trip to the palace, you can also enjoy the cruise with a lunch or dinner on board.

7) Cruise on the royal canals of Stockholm

8) Walk on the Stromgatan and Gustav Adolfs Torg

Stromgatan is a square located in the heart of Stockholm where you pass through a number of interesting historical sites and building. Walk to the Stromgatan leads to the many interesting sites like power bridges, royal opera, gustav adolf square, royal palace and fed stream of water birds in winter. Gustav Adolfs Torg is also a major and famous square in Stockholm’s city. A statue of King Gustav II Adolf stands in the centre of the square. The square is surrounded by beautiful buildings such as the Opera House, the Swedish State Department and the Ministry of Defence.

Enjoy an amazing tour around the city which offers an excellent sightseeing and audio commentary providing interesting information in ten different languages. You get headphones first time you utilize your ticket. Best of everything, you can get off at whatever point you like to eat, shop or look over, then jump back on to continue heading off to any of 21 advantageous stops around the city which includes the terminal Stadsgarden and Frihamnen. The bus and boat service both operate along the island and street. 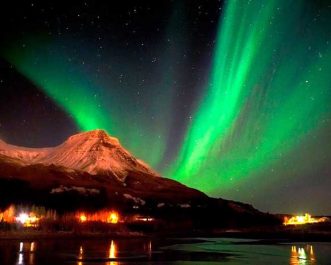 Northern Lights: Saga Of The Lights