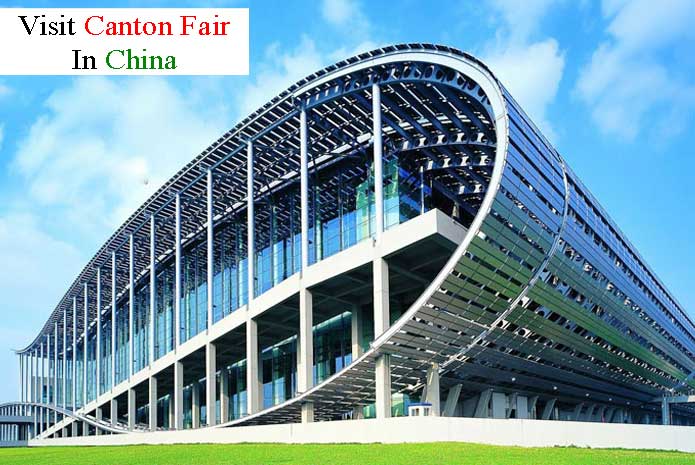 CANTON FAIR – A ROAD TO FRIENDSHIP, A BRIDGE TO TRADE

Springs brings nourishing rains while Autumn Promises warm. During Spring & Autumn each year over 2,00,000 Buyers around the world take a Tour to China and gather at the China Import & Export fair also known as canton fair.

This fair is held twice a year in April – ‘Spring season’ & October- ‘Autumn season’ each divided into three phases for five days at Guangzhou also known as canton which is the capital city of Guangdong, China. It is jointly hosted by the Ministry of Commerce and the People’s Government Guangdong Province and organized by the China Foreign Trade Center. The Total Exhibition space at the fair amounts to 1,125,000 m² with total number reaching 57,136 standard booths. Over 5,000 foreign companies for more than 98 countries and regions have conducted win-win situations with domestic companies at the Canton fair has developed mutual economic and trade exchanges with more than 200 countries and regions all over the world.

You May Interested in : How to get China Visa from India ?

Over 24,000 top-level foreign trade companies from around the world are concentrating at the Canton Fair at different exhibition zones showcasing more than 1,50,000 choices. Every session features a wide selection of new products.

The canton Fair attracts top buyers across the globe. Over the recent years the fair has spared no efforts to invite more buyers were emerging markets, as a result the number of buyers from the Middle East, South America & Africa has increased significantly.

At the Canton Fair buyers can discuss business with best foreign trade companies in China and buy product of the finest quality. Each time buyers leave with not only orders but also precious friendship. The organizers are ready to provide Interpreters for buyers and sellers which can communicate with each others for the requirements. Major Banks provide real time financial services to customers. The exhibition hall boasts canteens with various flavors’ at the Canton Fair.

Canton fair also provide participants directory where every buyer can take that for free. The fair has maintained the dignity of the country and today in 2015 it will be conducting its 117th fair for which china is proud of.

Things To Do on Sri Lanka Tour

0 thoughts on “Explore New Business Opportunities at the Canton Fair”