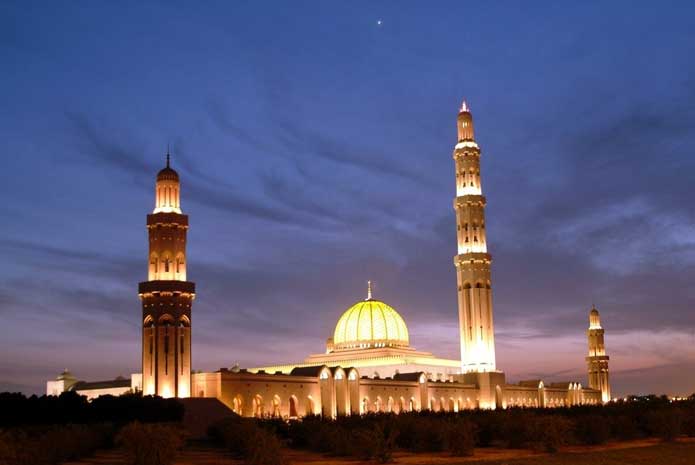 I was very upbeat to visit this country from what I had heard. The reason being it was said that it is opposite of Dubai. No tall buildings, no highrise apartment or office complexes. Not the glittery lights or the fast pace of city no tensions on the face of people. But still rated the most improved nation in the last 40 years, a high income economy and one of the most peaceful countries in the world.

An interesting contrast wouldn’t you agree?

Oman capital city muscat is spread out among various hills and valleys. As soon as one enters from the eastern side crossing the Arabian sea one is delighted to see the mountains rising from the ocean bed.

Beautiful coves,few houses nestled   in the valleys between these coves surrounded by mountains on one side and the sea on the other. Hotels located in these coves make beautiful locations for privacy and quiet solitude for getting away from the bustle of city life.

It has a very glorious past much older than the  other arabic countries. It was a very powerful trading country in the Arabian sea and Indian ocean and covered within it’s boundaries the Island of Zanzibar off the Tanzania coast, UAE, Baluchistan, part of Saudi Arabia and Yemen etc. It had trade relations with Kerala and the eastern coast since many years.

Their present king sultan  Qaboos Bin Said Al Said is highly respected and dearly loved by the people. He came to power in  1970 after sending his father the king in power to his retirement .He is responsible for bringing about the opening of the country to the world ,social changes and women education which is responsible for the biggest growth rate for any society in the last 40 years.He had studied in Pune and London.

It has very good relations with India and many of the kings trusted people in government are Indian origin. One of the big Indian businessman is Khimjibhai who is nicknamed the only Indian sheikh of Oman.

Though it has joined the first world link it’s well rooted in it’s culture. The city though developed  has retained it’s identity and architectural differences. The grand mosque  is a great architectural  marvel. It is one of the most liberal of the Arabic nations.

The Royal opera is classically decorated and with state of the art systems in place. Dolphin watching can be done just 10/15  minuites off the coast of muscat.

It’s most  unique features are,
1) Turtle  beaches, Turtles in their most natural habitat come to lay eggs on it’s shores .
The area is well protected and this cycle has been repeating uninterrupted for many many years.we were able to enjoy and etch in our memory this process
in the life of a turtle in one of the most natural of environment possible today on this earth. In the season you can find even more than 100 turtles at a time on it’s beaches.

2) The wadis are to be seen to be believed .straight scenery copied from the Arabian nights stories.These are river beds with greenery and water pools surrounded by rocky mountains. During rains these rivers get flooded as the mountain soil does not retain or absorb water.

3) The desert experience
to stay under the starry nights with only sand and silence surrounding you was again a very Arabic experience close to nature.
The more adventurous can stay for 10to15days camping in the deserts like the bedouins. Land cruiser trips on this long trips can be a reality for the dreamers and adventure lovers.

4) The mountain of HAJJAR just 3 hours drive from muscat are surrounded by spectacular scenery and are called the grand canyon of the east.

5) Salala which lies to the south of the country is a tourist paradise during the monsoon months of July, August and September. The whole area becomes similar to a rain forest.

6) Beauty of Oman is in it’s mountains which are multi colored multi shaped .multi formations, it’s mountains are sandstone and does not retain any water so are without any grass or vegetation. The well formed out roads in this multi colored mountain area with peeks of the seas and wadis make for spectacular scenery.

It is not a very cheap destination but offers great value for money for those who care for quality accommodation, variety in nature, culture & scenic beauty.